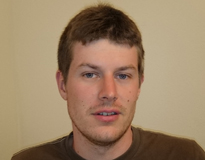 Romain Meyer was born in Carpentras, France in 1984.

Romain earned his MS in Electrical Engineering with specialization in digital signal processing in 2008 from Polytech'Nice Sophia, Biot, France. After an internship at NXP Semiconductors as a signal processing engineer, he joined Gigpeak as an analog designer in 2008. He worked on the design of muti-channel drivers and receivers for datacom applications.

Romain joined SPEAG in 2011 as a senior application engineer, with his main focus on SAR products.