In response to several user requests, SPEAG has added a quick and intuitive measurement setup feature to its cSAR3D software that is optimal for quick & easy measurements as needed in R&D applications or for special analyses. Watch the demo video of the novel Quick Start feature here!

A new remote interface now provides an exceptional level of convenience for QA testing by allowing sites to use their own automated test software and analysis tools, and extending scalability to multi-site environments.

Importantly, the user interface has been streamlined to further increase the measurement speed and enhance the reliability of the software. Validation is also easier than ever with the integration of our portable signal generator including calibrated power control, POWERSOURCE1, into the software for automatic control of frequency and power level. Furthermore, our base station simulator interface has been extended to include LTE-TDD and TD-SCDMA. 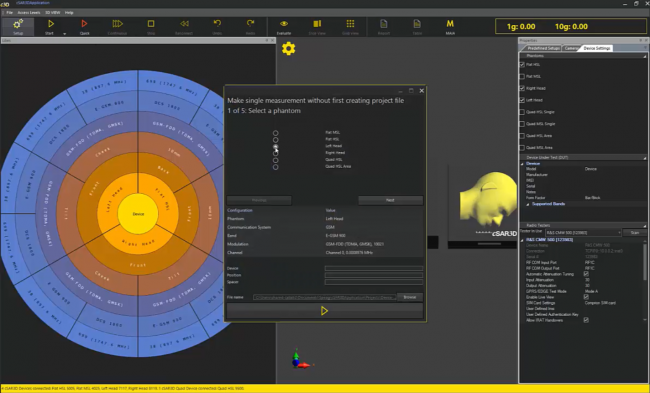 The new R&D feature is optimal for quick & easy measurements as needed in R&D applications or for special analyses. 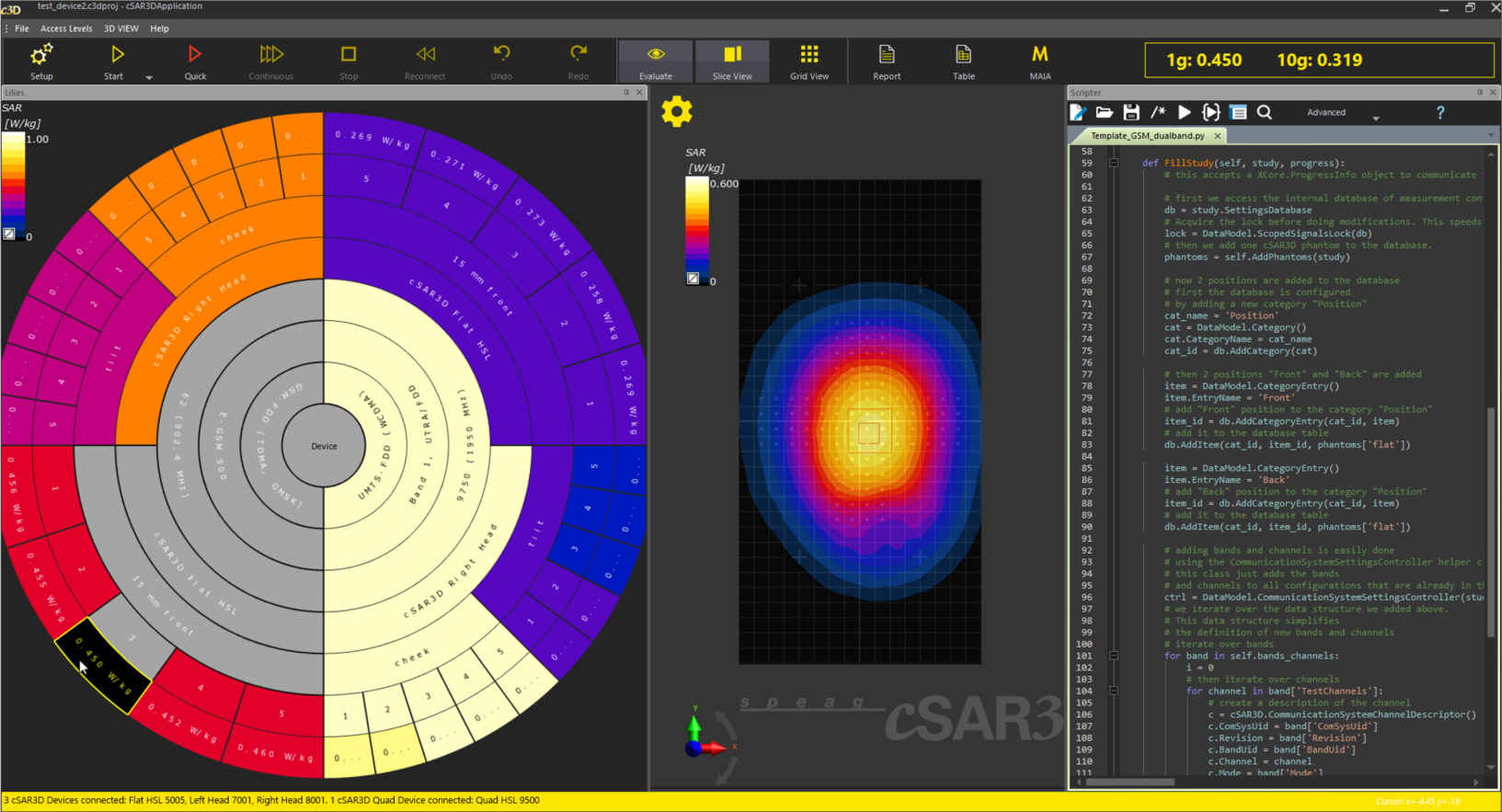 Screenshot for illustration of the cSAR3D software features remote control of the hardware and integrated Python interface enabling flexible use of the hardware (e.g., for QA purposes).

Existing customers can download the cSAR3D Release V2.8 now to immediately take advantage of the new and enhanced features.