The red carpet was rolled out at the Volkshaus at Helvetiaplatz on the evening of Friday, November 21st to welcome attendees of the jubilee party to celebrate the 20th anniversary of SPEAG and the 15th anniversary of the IT’IS Foundation. The guests enjoyed drinks and apéro nibbles as they mingled in the Oscar-night-style red-carpeted lobby before being ushered into the concert hall, where 5 splendidly decorated tables awaited them. Host Niels Kuster introduced the evening’s program with an amusing opening monolog to kick-off the festivities. Interspersed between 9 scrumptious courses were Oscar-style award presentations for Best Distributor (Dymstec), Best Customer Support (Katja Poković), Best Internal Support (Yvonne Maeder), Best Spirit (Eugene Grobbelaar), Most Special Person (Fin Bomholt), Best Project Leader (Katja Poković), and Best Innovator (Emilio Cherubini). An extra special moment of this delightfully special evening was the presentation of the Lifetime Achievement Award to Professor Emeritus Ralf Hütter, the first president of the IT’IS Foundation Board. Engraved Oscars-style ‟POPEYE” statuettes are the tangible keepsakes of these fun awards. A surprise ‟We-Can-Do-Better” award – a ‟Man-in Black” POPEYE statuette complete with tiny spectacles – presented by Ralf Hütter to Niels Kuster rounded out the awards segment of the evening.

During his speech to accept his award, Prof. Hütter alluded to an upcoming ‟15 minutes of quiet” in the evening program. He later introduced Roman Müller Rigolo, the performer of the Sanddorn Balance art routine, who enchanted his spellbound audience by constructing a giant mobile from fragile ribs of palm trees.

The 9 course nouvelle-cuisine meal, catered by Franzoli, began with an amuse-bouche of whipped potato in a foamy spinach sauce, followed by smoked duck with cranberries and toasted almonds atop salad greens with a cherry vinaigrette. The next course was a quernelle of porcini mushrooms in cauliflower soup. The fish course was a delicate filet of organic salmon served with wakame and sea asparagus, followed by a palette-cleansing sorbet of morello cherries in champagne. A perfectly cooked medallion of veal filet served with rosemary potatoes and glazed heritage carrots made up the divine main course. A selection of cheeses served with fig preserves were followed by trays of “flying” desserts, exquisite small bites to be enjoyed while mingling and enjoying the sounds of Peter Niederer's jazz trio as the party began to wind down.

But no, the party wasn’t over yet! As the rock band Tin Soldiers took the stage, open bars were set up and midnight snacks of mini bacon burgers and alpine mac-&-cheese were served. Diehard dancers reveled on until 4 am, and all attendees were treated to a pair of delectable gold-dusted chocolate POPEYE statuettes to take home! 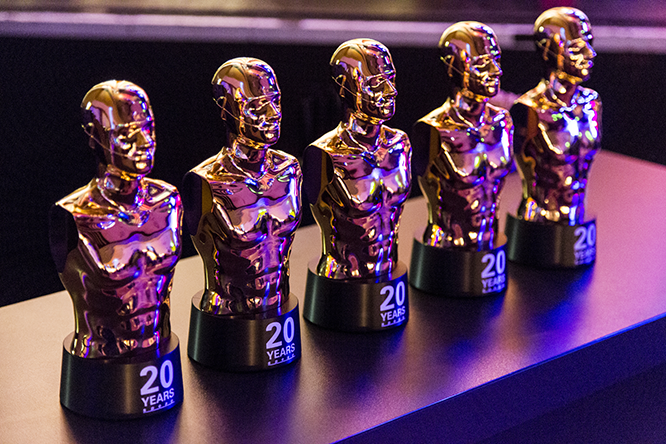 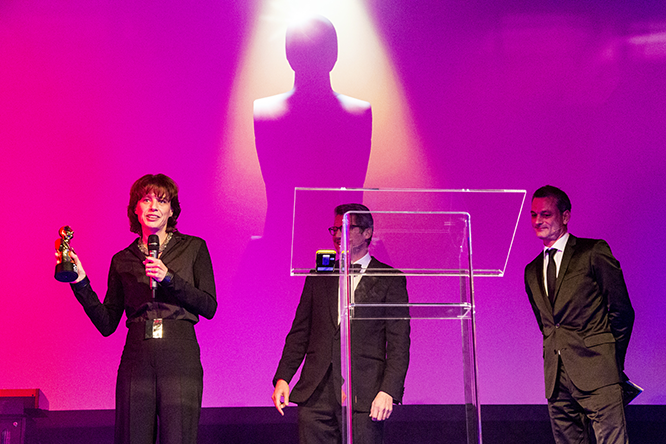 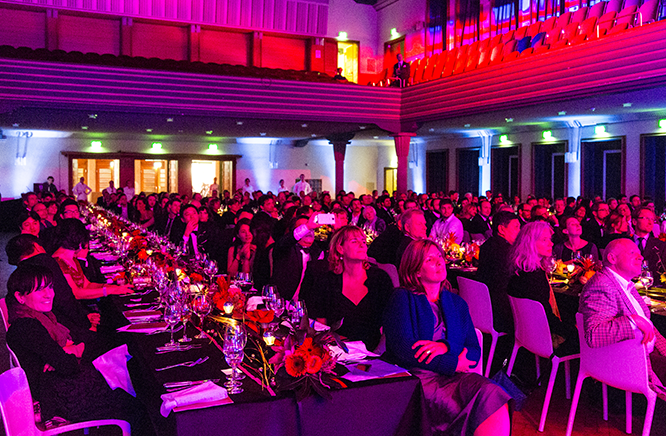 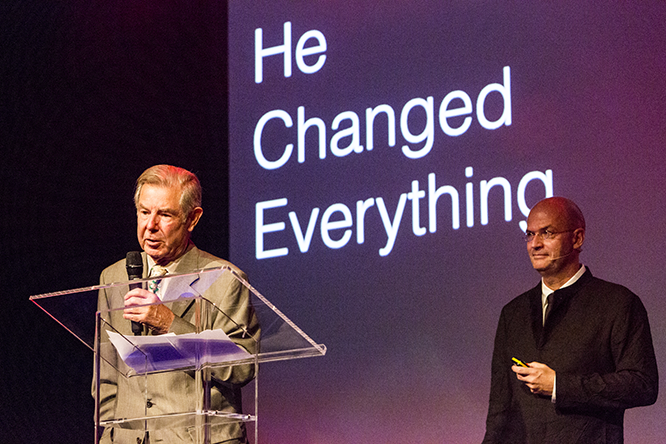 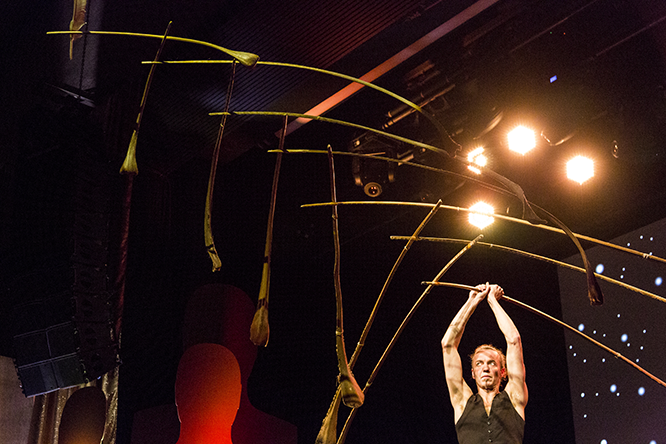 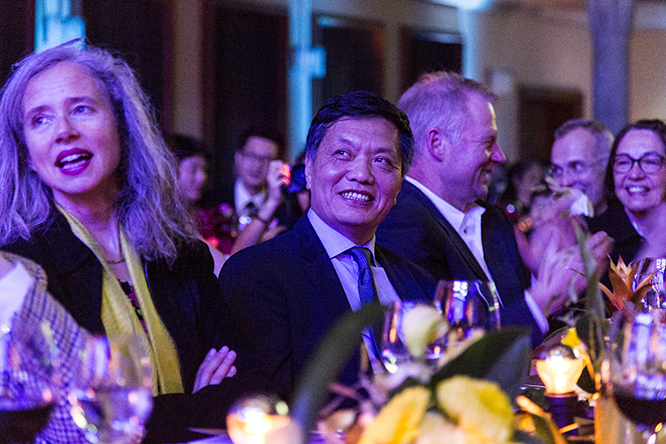 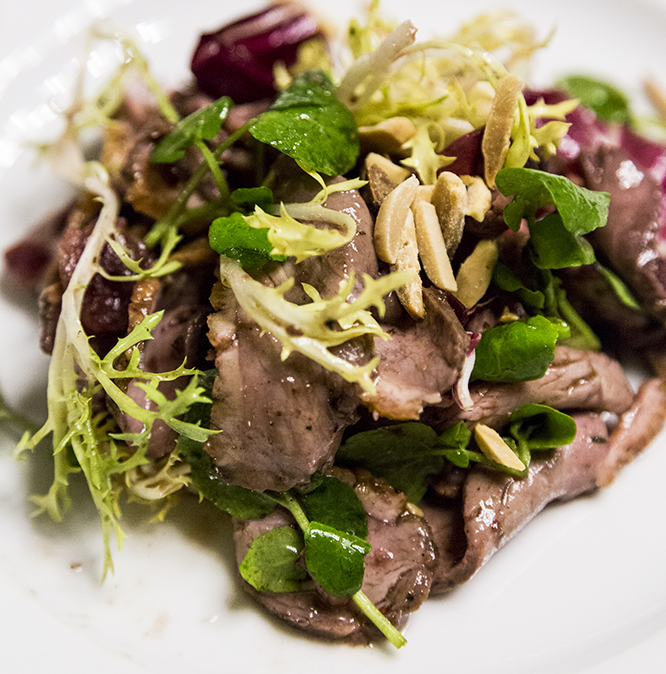 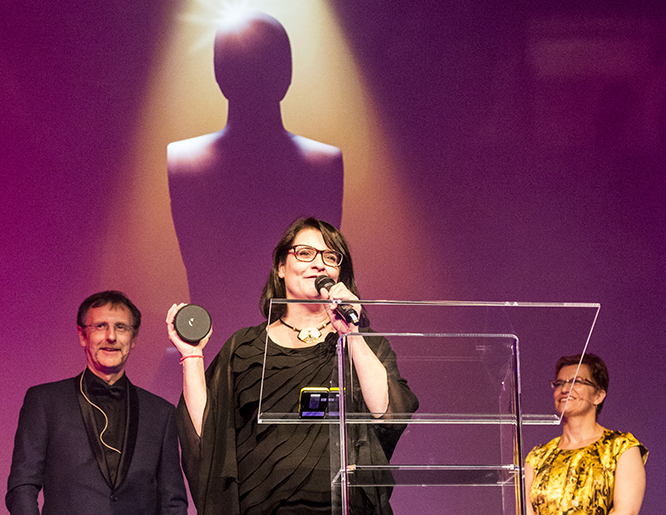 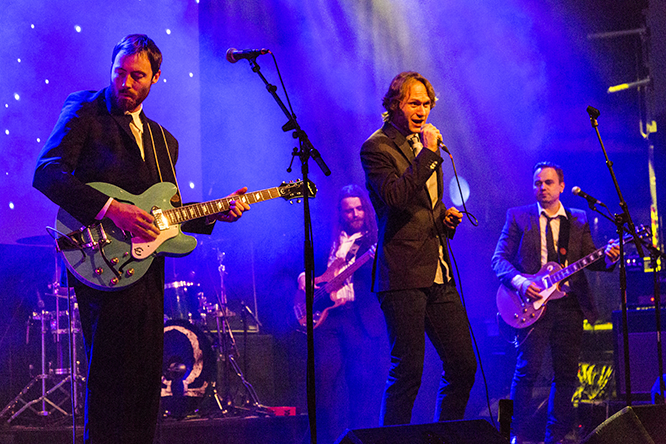 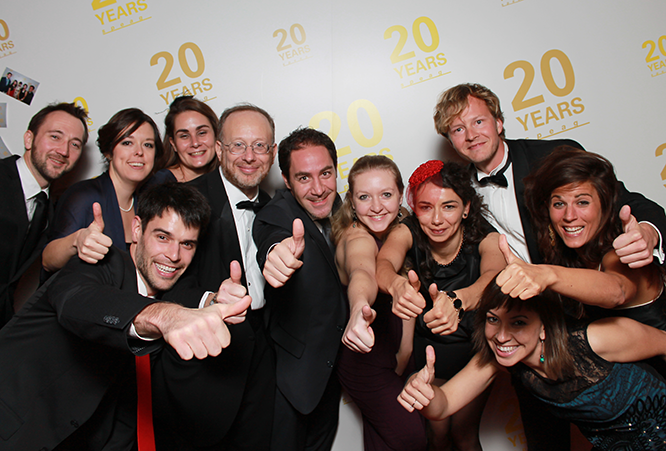 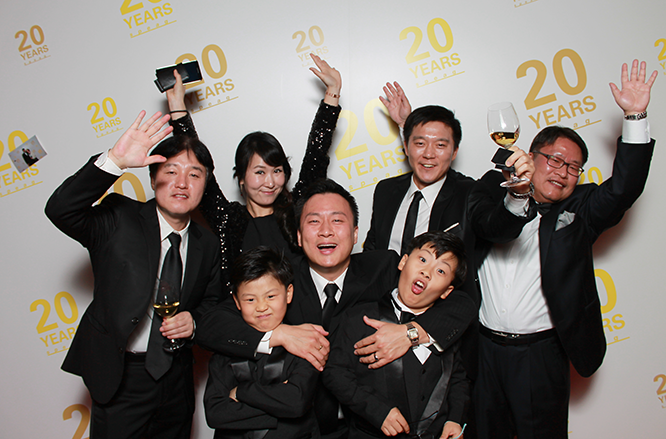 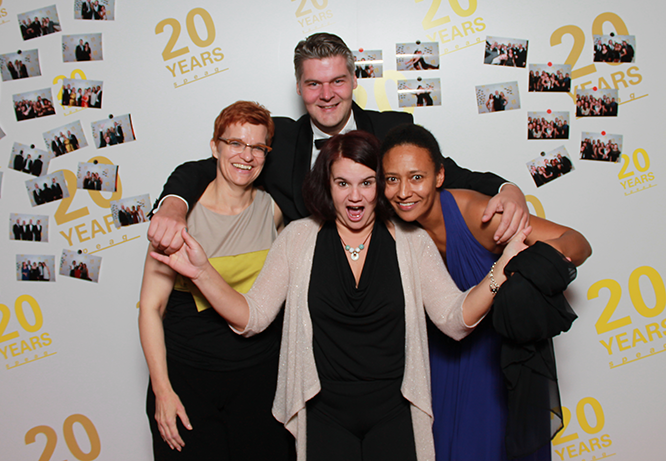 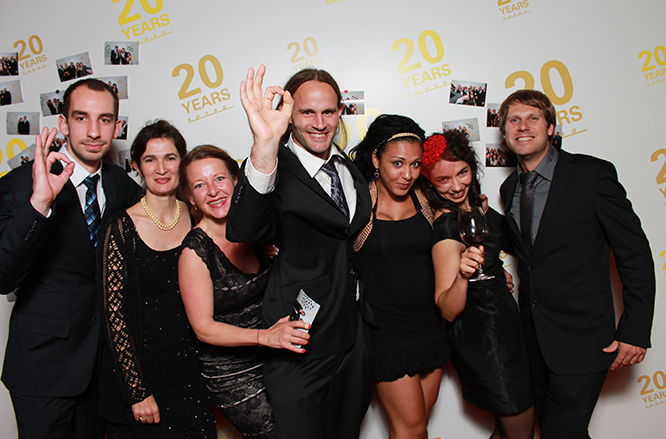 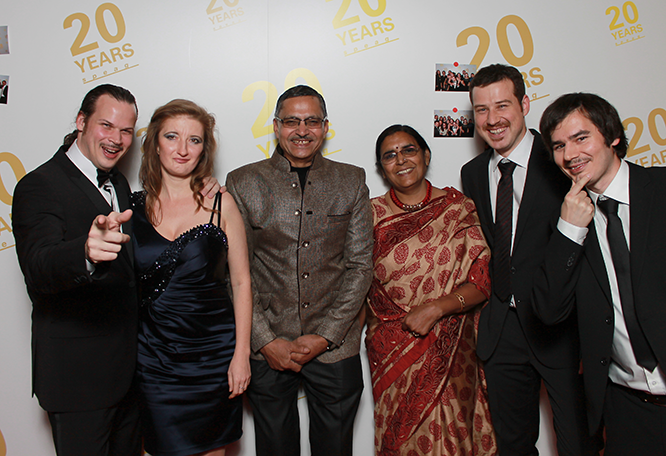 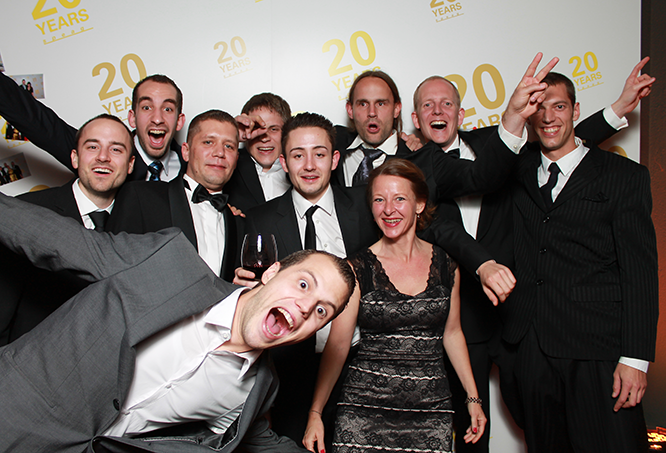 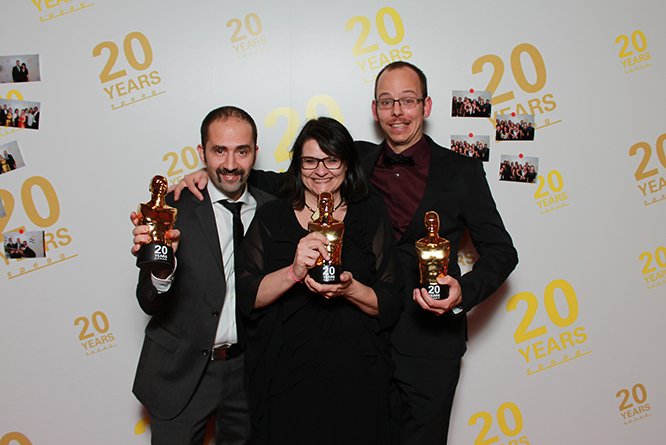 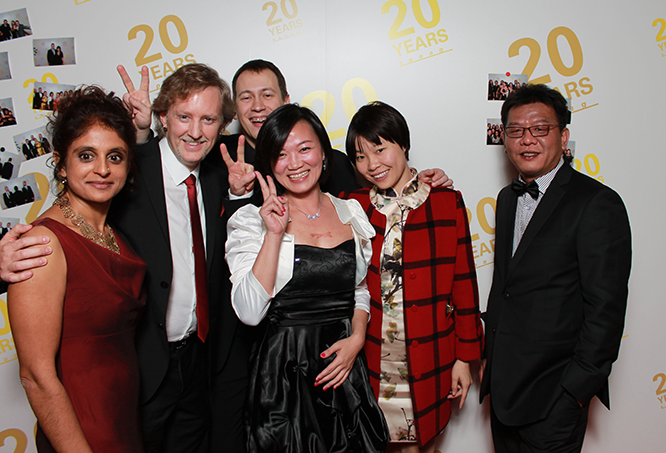 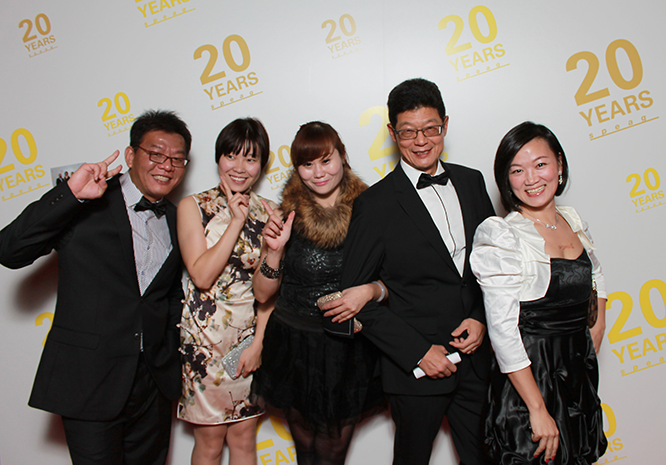 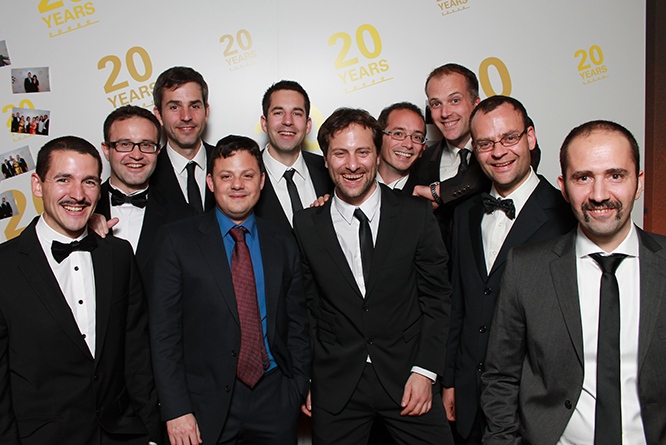 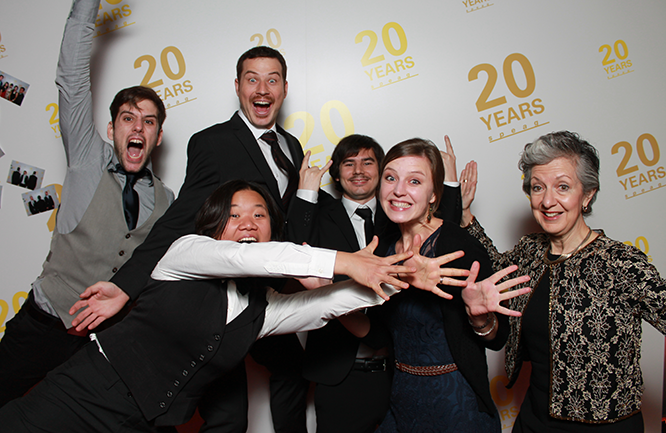 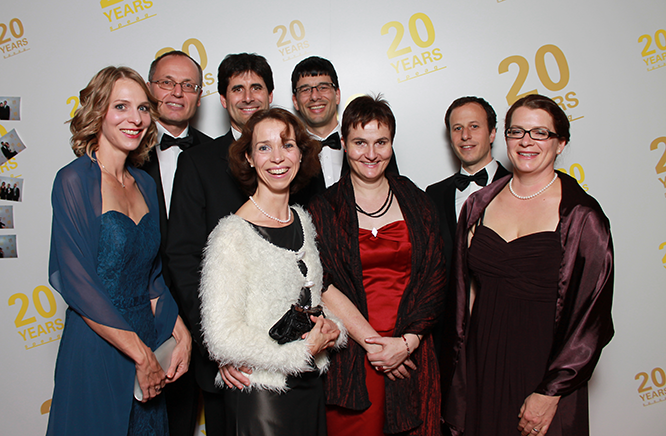 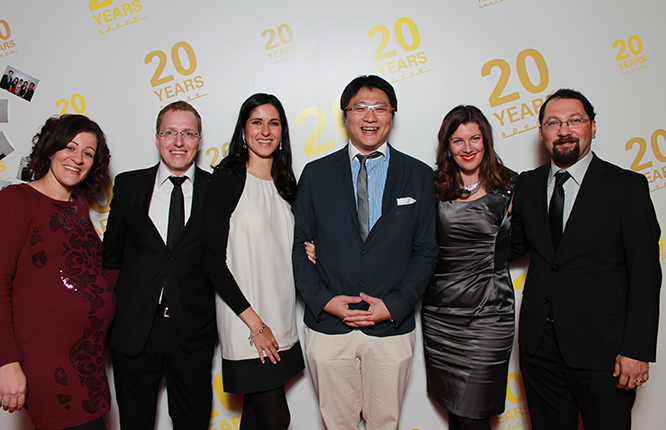 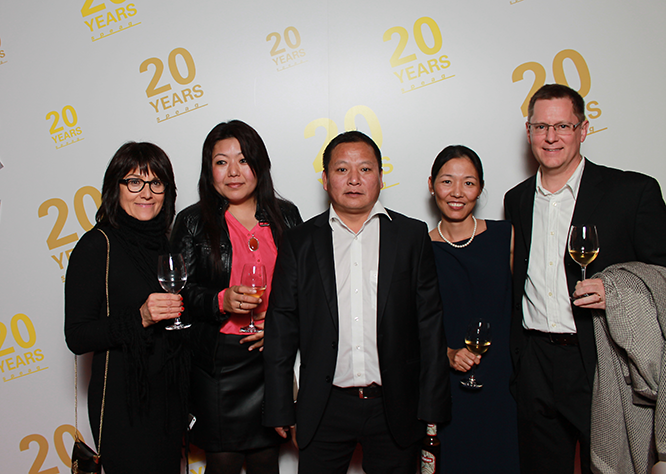 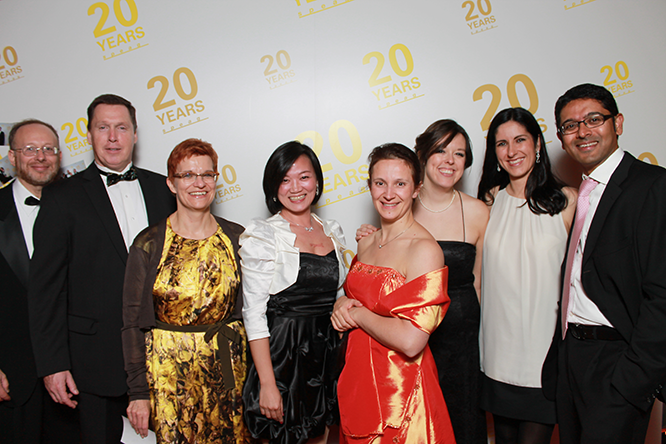 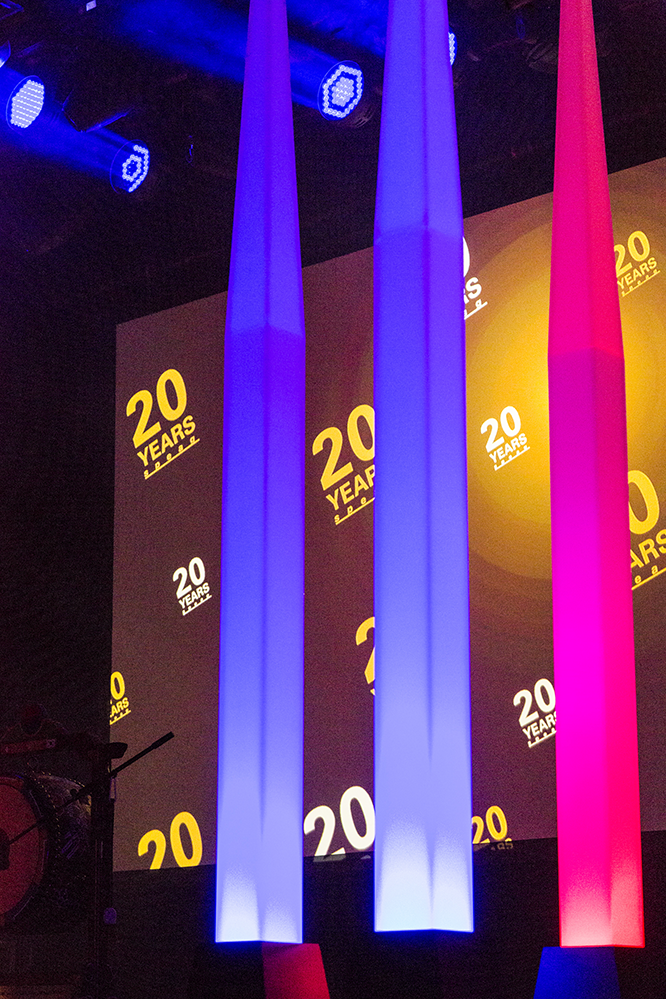