A great deal of progress was achieved recently on standardization: IEC TC106 is rapidly converging on international standards for measurement and computational exposure assessment of devices operating above 6 GHz. A new dedicated Working Group 9 subgroup started work on compliance testing procedures for wireless power transfer from 30 MHz — 110 GHz. Furthermore, the FCC increased the averaging area to 4 cm2 for power density evaluations and decided to move forward with the integration of SAR sensor array systems into the certification process.

Joint meetings of IEC TC 106 and IEEE ICES TC34 were held from September 17-21, 2018, in Stockholm, hosted by the Swedish Electrotechnical Standardisation Organization. Two new standards for electromagnetic exposure assessment at millimeter wave frequencies (6 — 300 GHz) are nearly completed and will be submitted as committee drafts (CDs) by end of November. They specify measurement and computational techniques to assess compliance of wireless devices against power density limits.

In addition, a day of discussions was devoted to progress on IEC 63184, the wireless power transfer (WPT) systems operating at frequencies below 30 MHz. Good progress was achieved, and submission of the CD is scheduled for next summer. More importantly, it was decided to develop an IEC Technical Report on WPT systems operating in the frequency range between 30 MHz — 100 GHz. The new subgroup will be led by Niels Kuster from the IT’IS Foundation.

The joint group will meet next in Frankfurt in December 2018 to discuss the results of the National Committees votes on IEC/IEEE 62209-1528 and IEC 62209-3 draft standards.

At the TCB Council Workshop from October 2-4, 2018, in Baltimore, USA, the FCC relaxed the requirements for power density exposure assessment by increasing the averaging area to 4 cm2. They also laid out further considerations for improving the ruling in the future to ease certification.

The FCC also presented an outline of a new process for specific absorption rate (SAR) testing, allowing the use of SAR sensor array systems to narrow down the number of test cases to be measured using a full SAR system. The combination of array systems and full SAR systems will considerably reduce total test time. For now, the FCC is limiting the new process to 3G and earlier technologies, as FCC rules for 4G technologies already allow a substantial reduction in the number of tests. The FCC is writing a draft KDB procedure that may be available in a couple of months.

To gain first-hand experience with SAR sensor array systems and to be able to draw comparisons with respect to current standard dosimetric systems, the FCC Laboratory in Columbia, MD recently purchased the cSAR3D system after a public tender. Since last month, the FCC is using the most advanced dosimetric testing equipment, namely SPEAG’s DASY6 combined with cSAR3D. 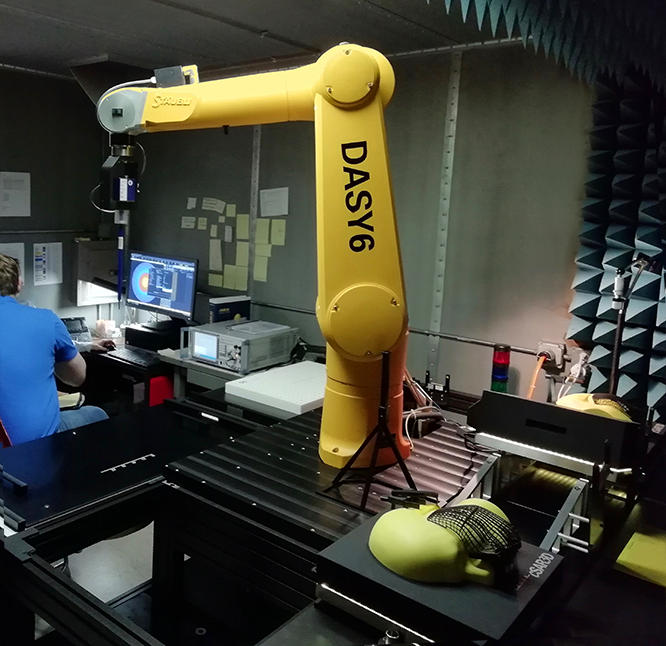 For feedback or further information, please contact us at info@speag.swiss.